Yeah, I think I mentioned that too. 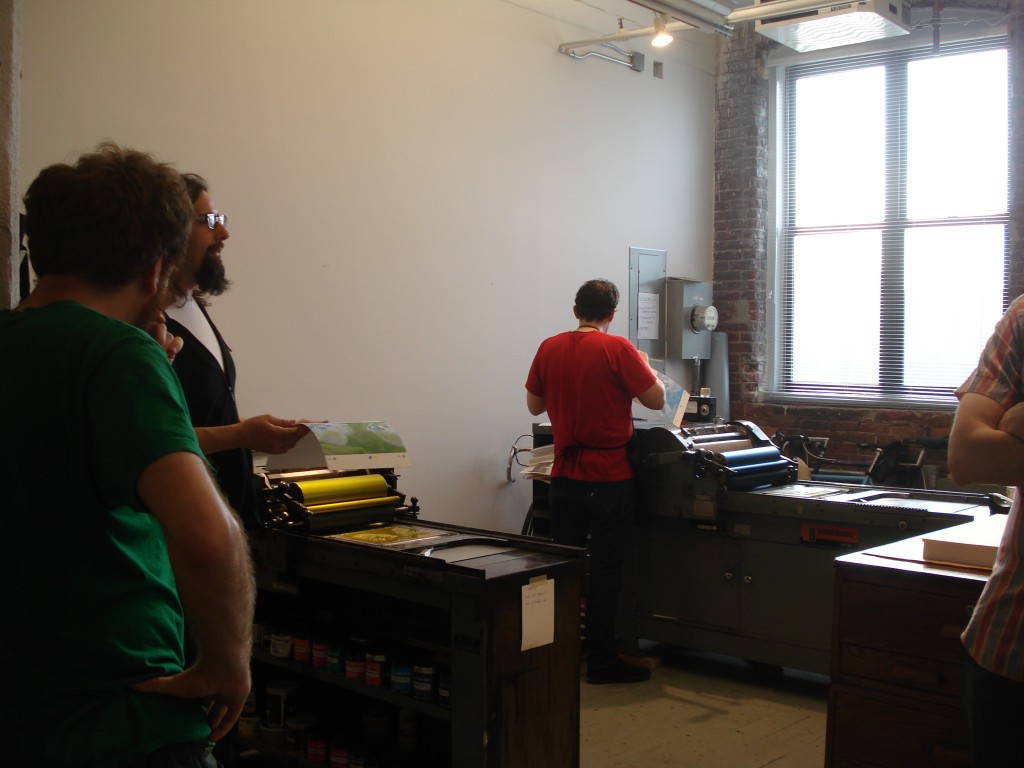 On Friday, the print shop got started by running the two Vandercooks (that's the sp 20 on the right with cyan and the sp 15 on the left with yellow) which was also a first for the shop as we've just started tinkering with getting the sp 15 running. Here's a little photo rundown of the action so far: 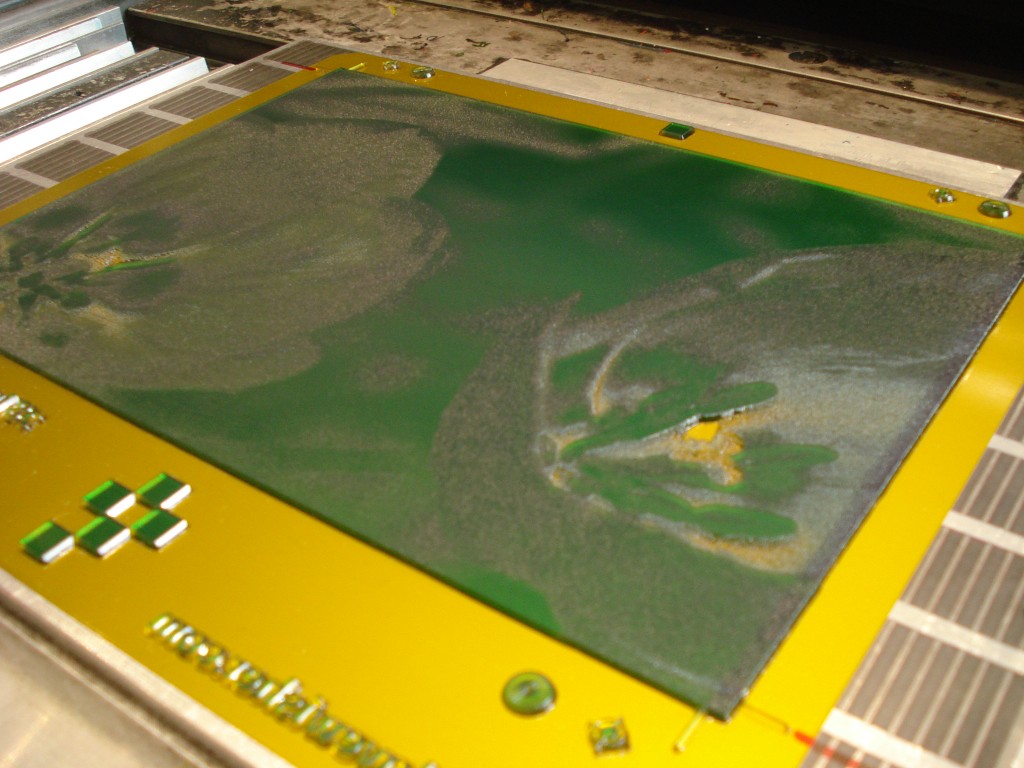 The first color, cyan, inked and ready to print

Since we haven't tried this CMYK process with the presses, we tried to get a better estimate of the final prints by printing out color samples on the Ink Jet printer. We even ran those sheets through four times to simulate the entire CMYK process. 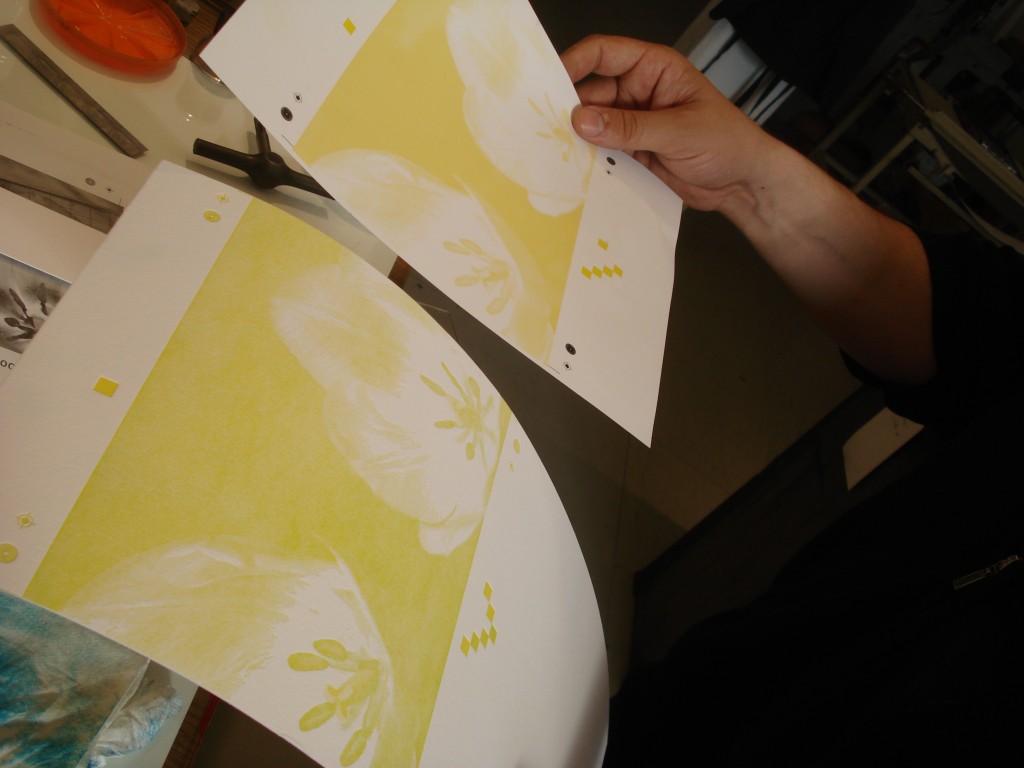 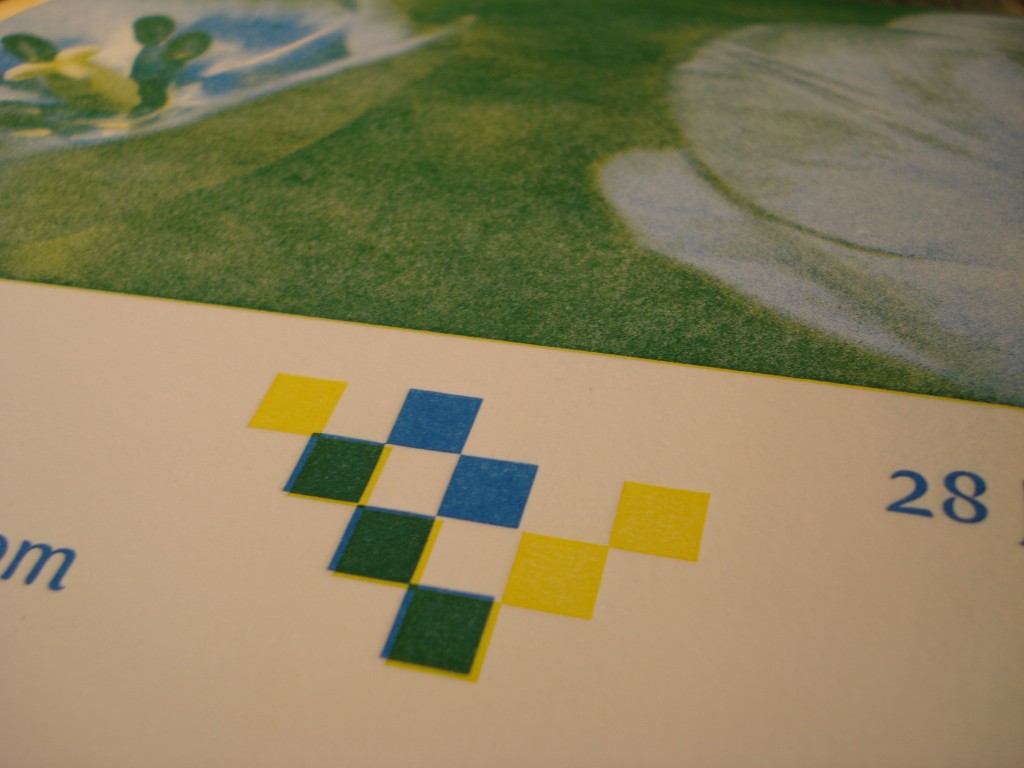 remember the 'dither' bit? instead of using a halftone screen to make the different plates and pick up the details, we used a diffusion dither, a sort of random dot pattern, which results in some really nice textures and overlays on the colors 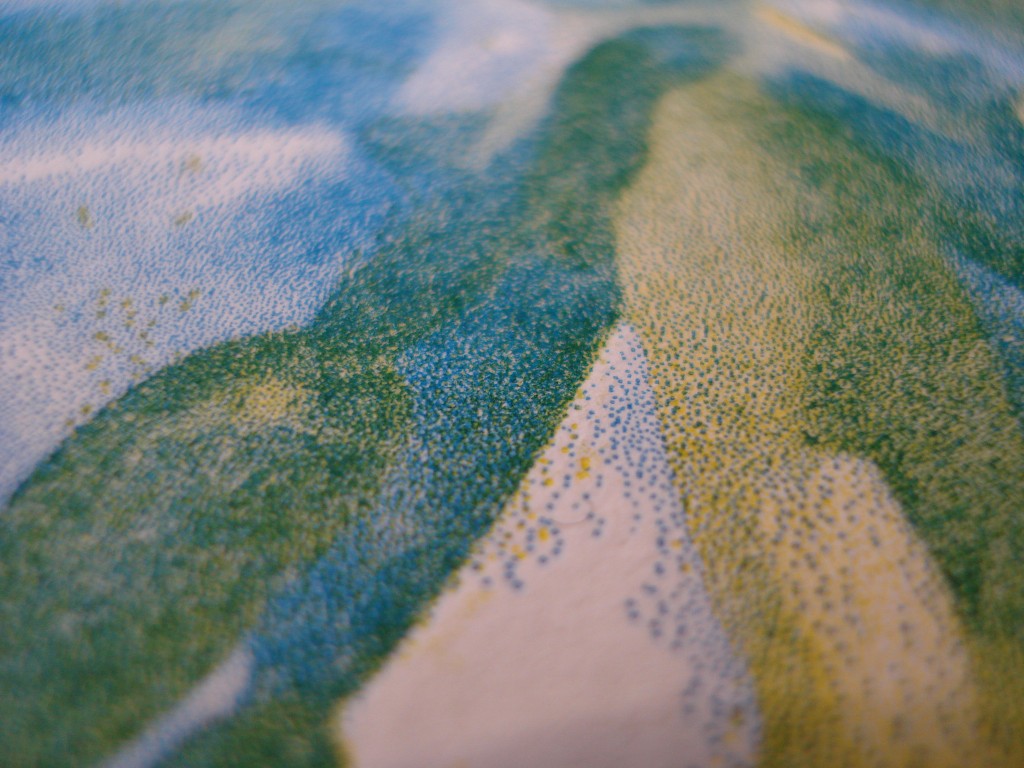 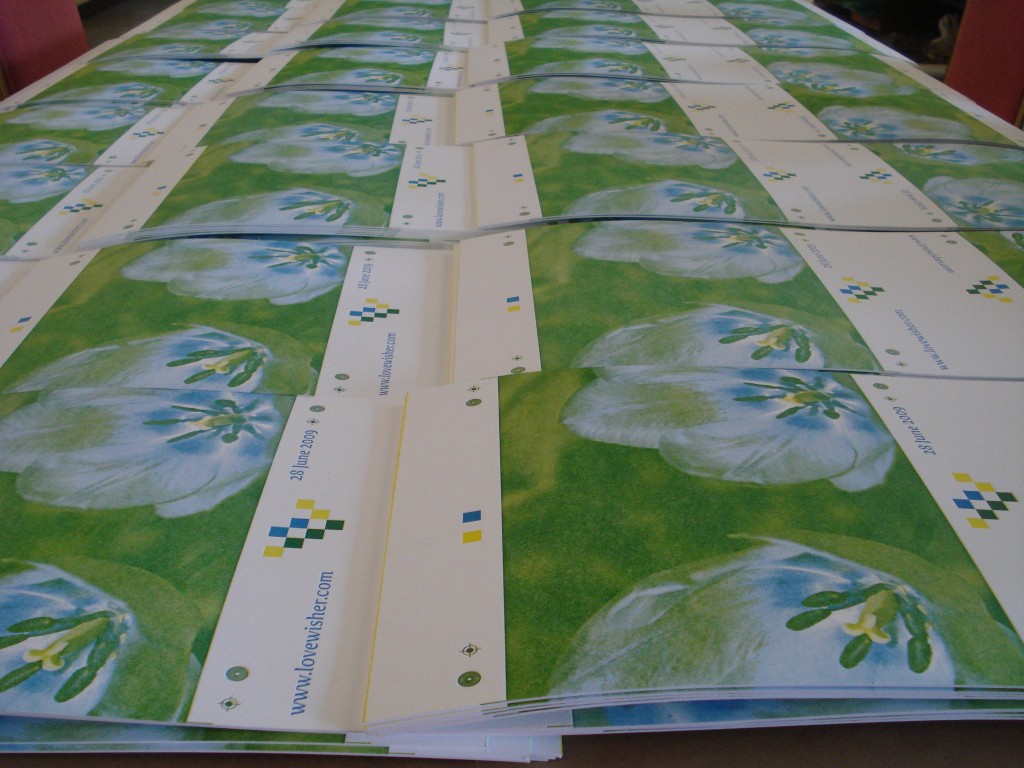 Two down, two to go

here's a proof of the third color, magenta. we printed the yellow and cyan first so that we could adjust the color of the green better. 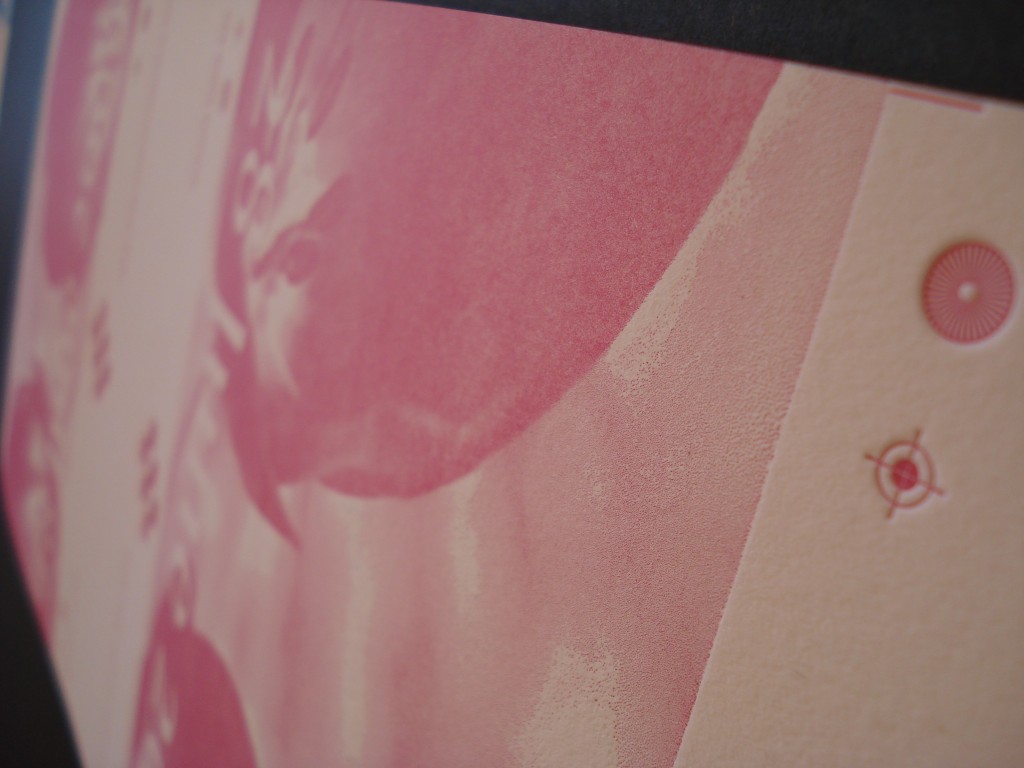 Today John is printing the magenta 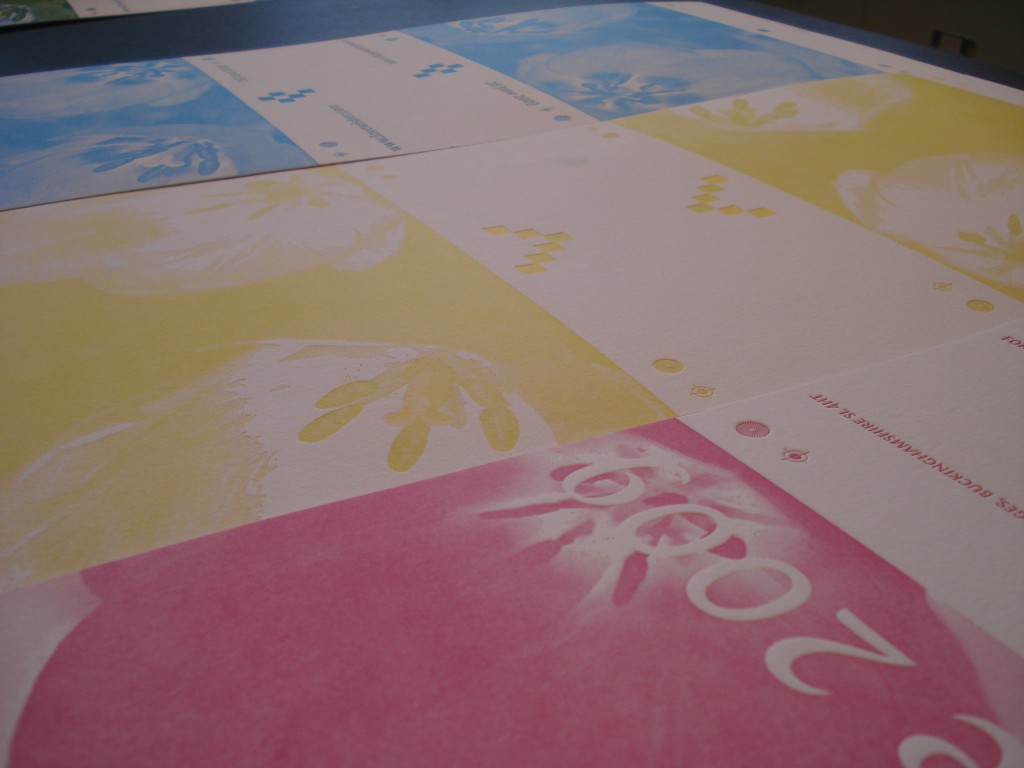 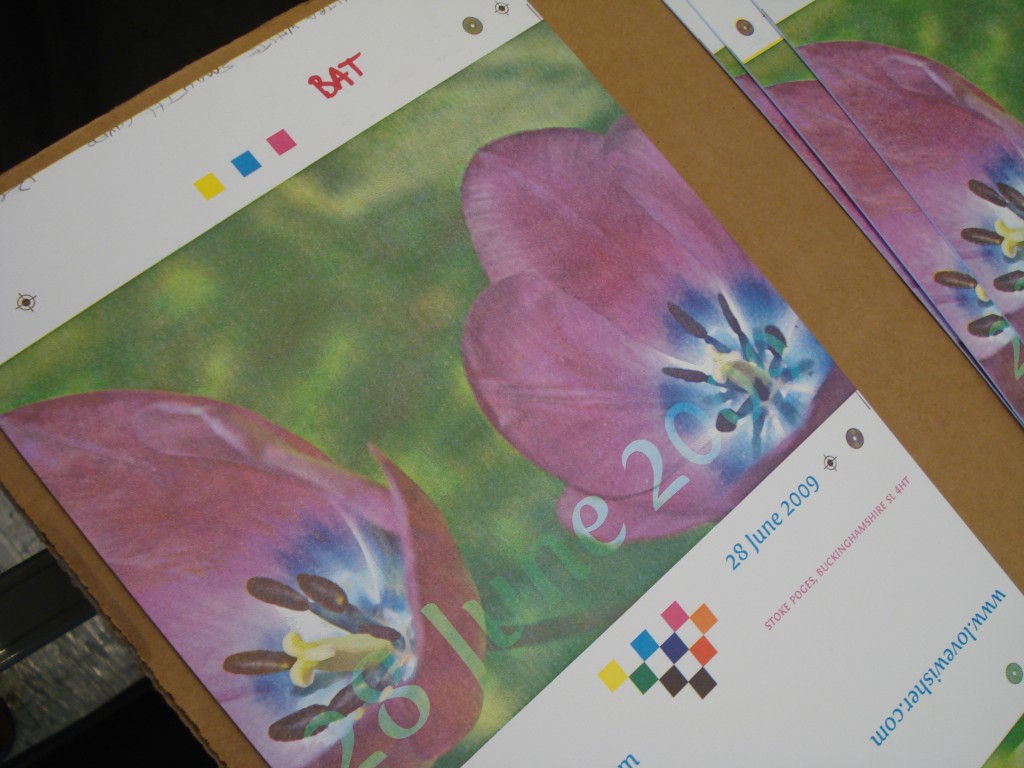 Look at that, Bon A Tirer 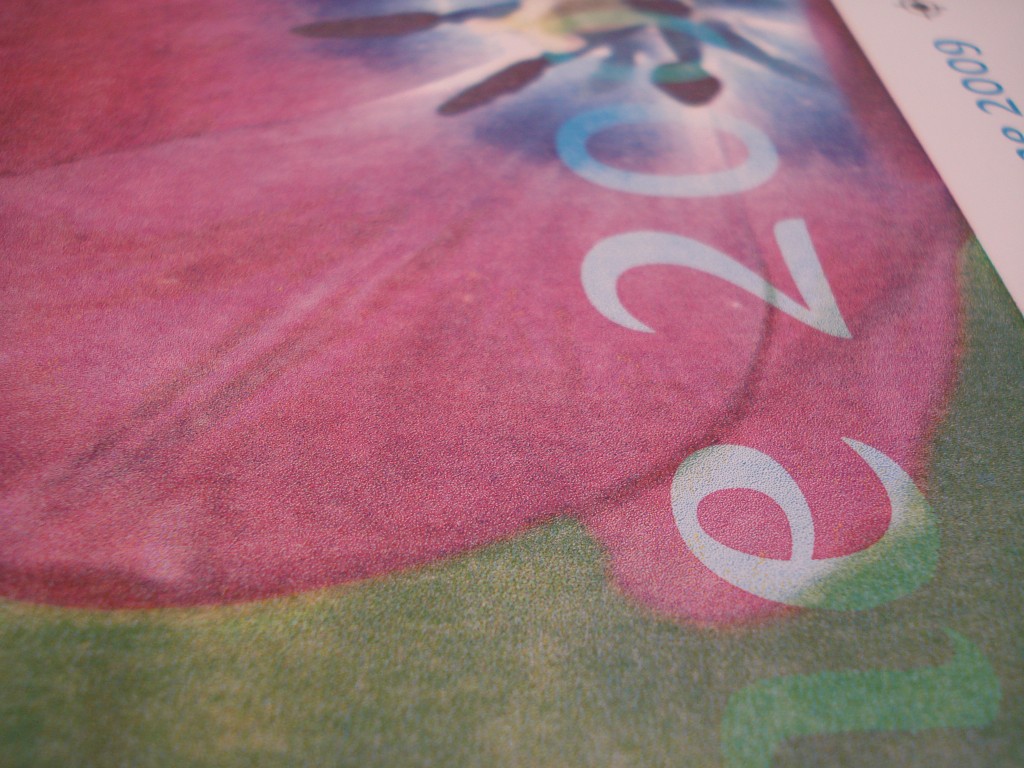 the dithering also makes for a lovely soft focus look 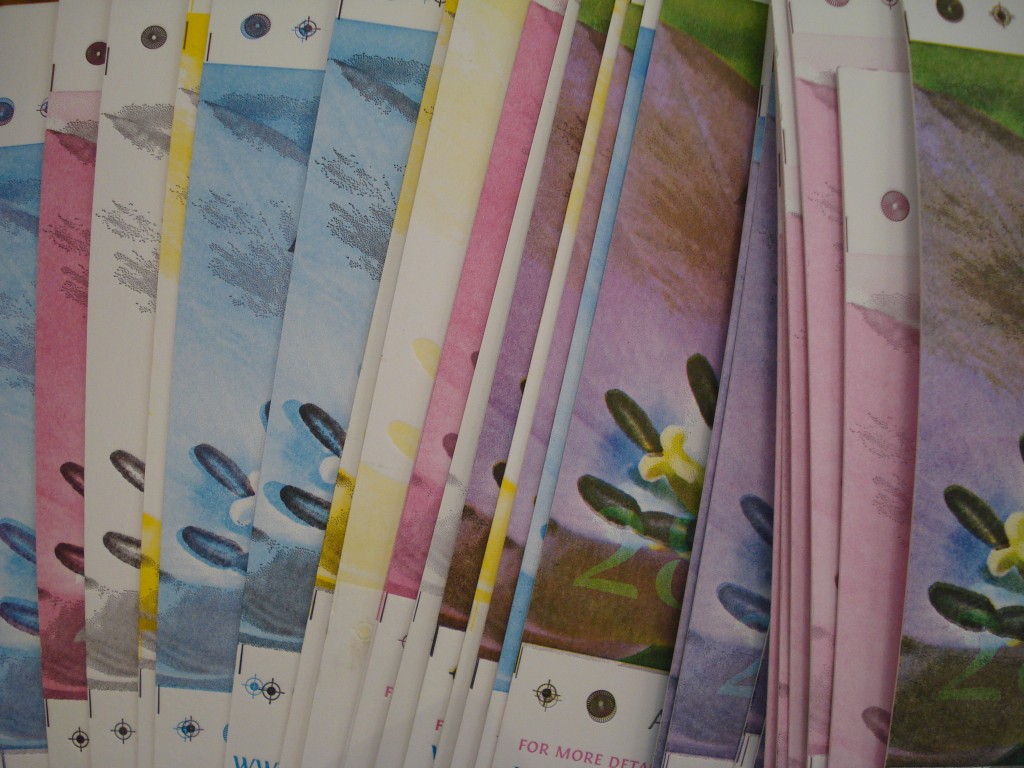 looks like they went to town trying out different color combinations

so far so good on the crazy-awesome experimenting, check back for a follow up on the final piece!