Doors Around Our Building 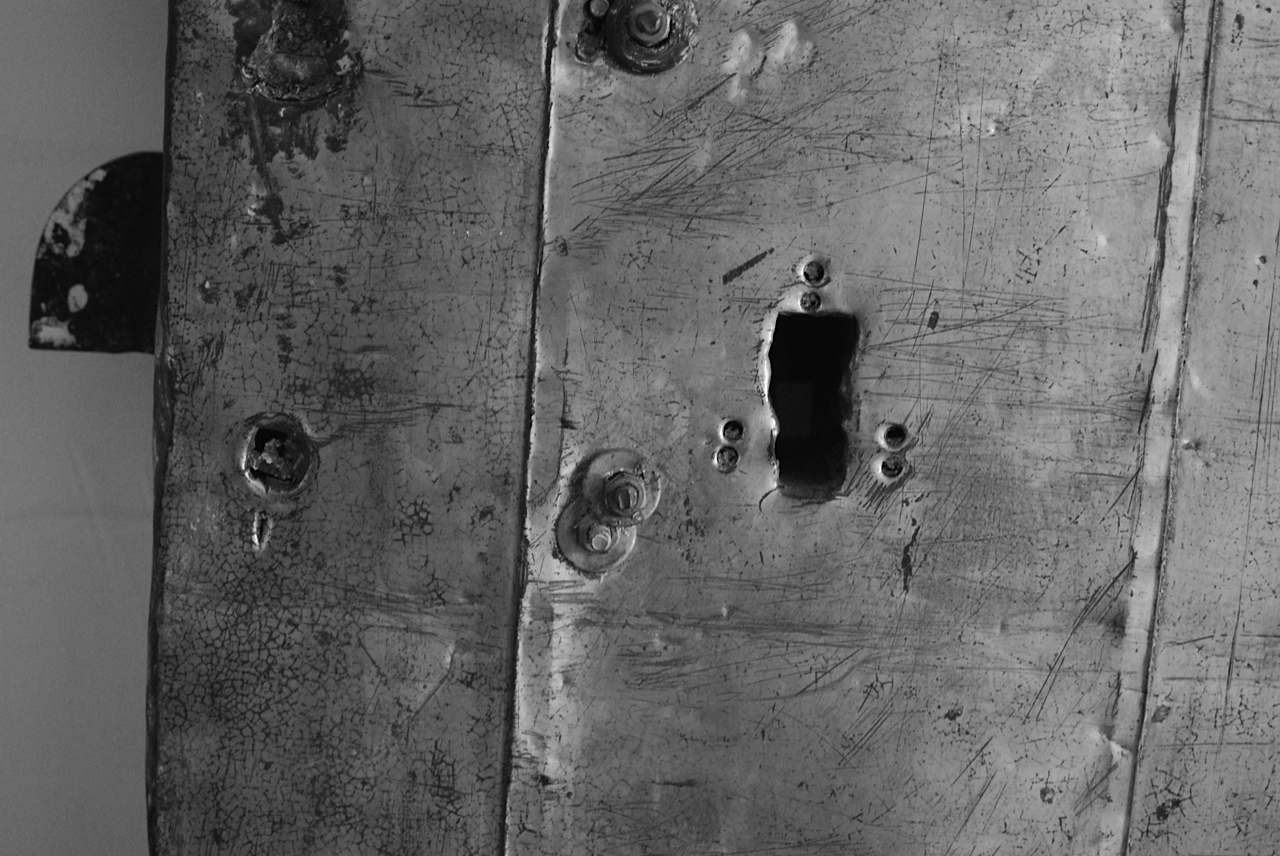 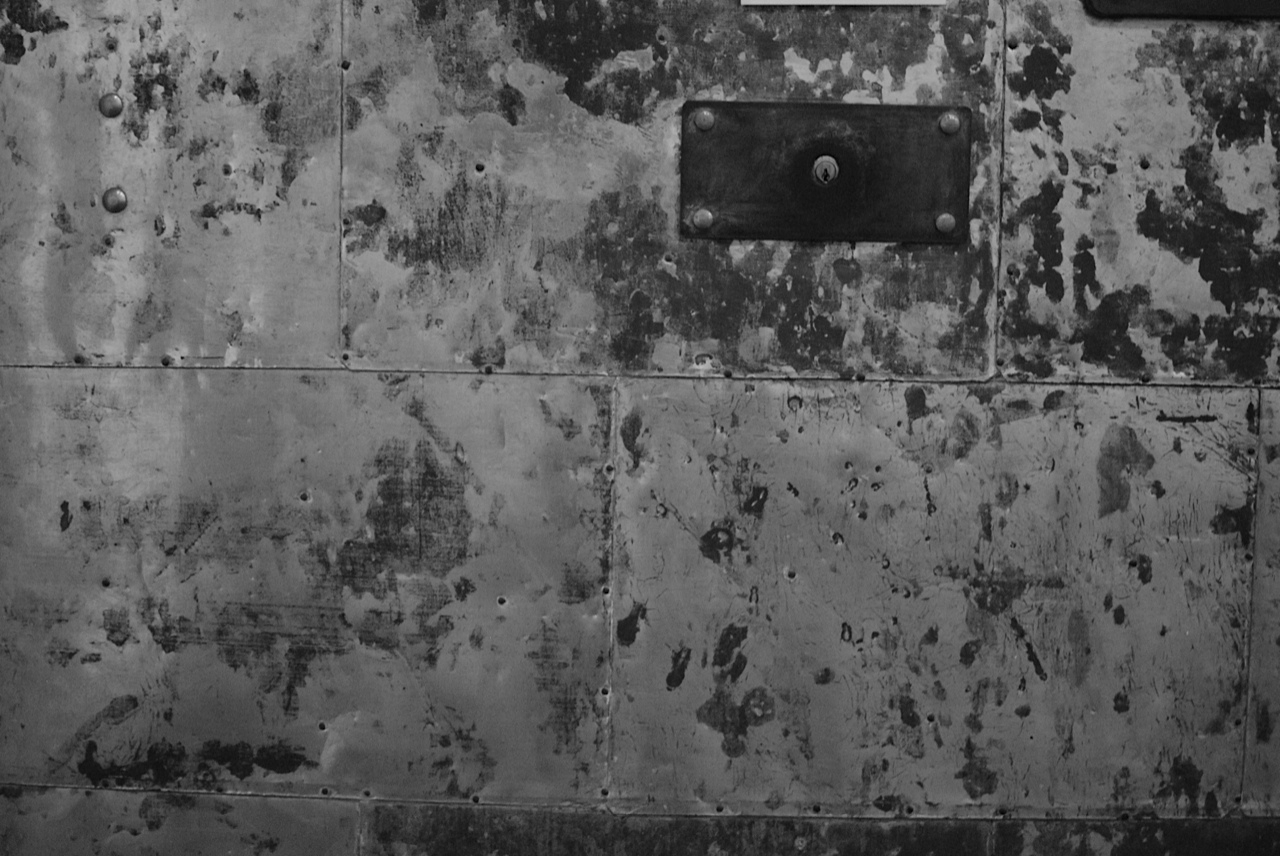 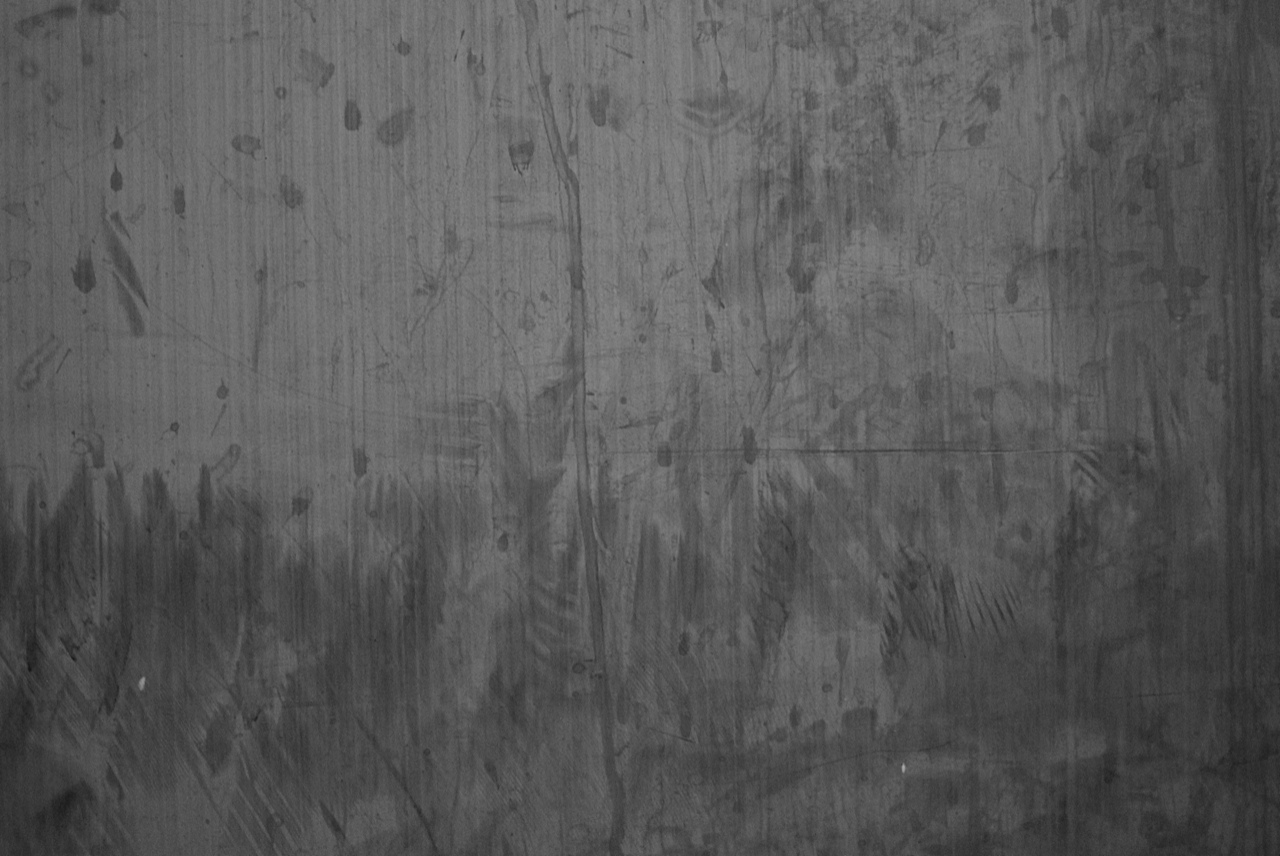 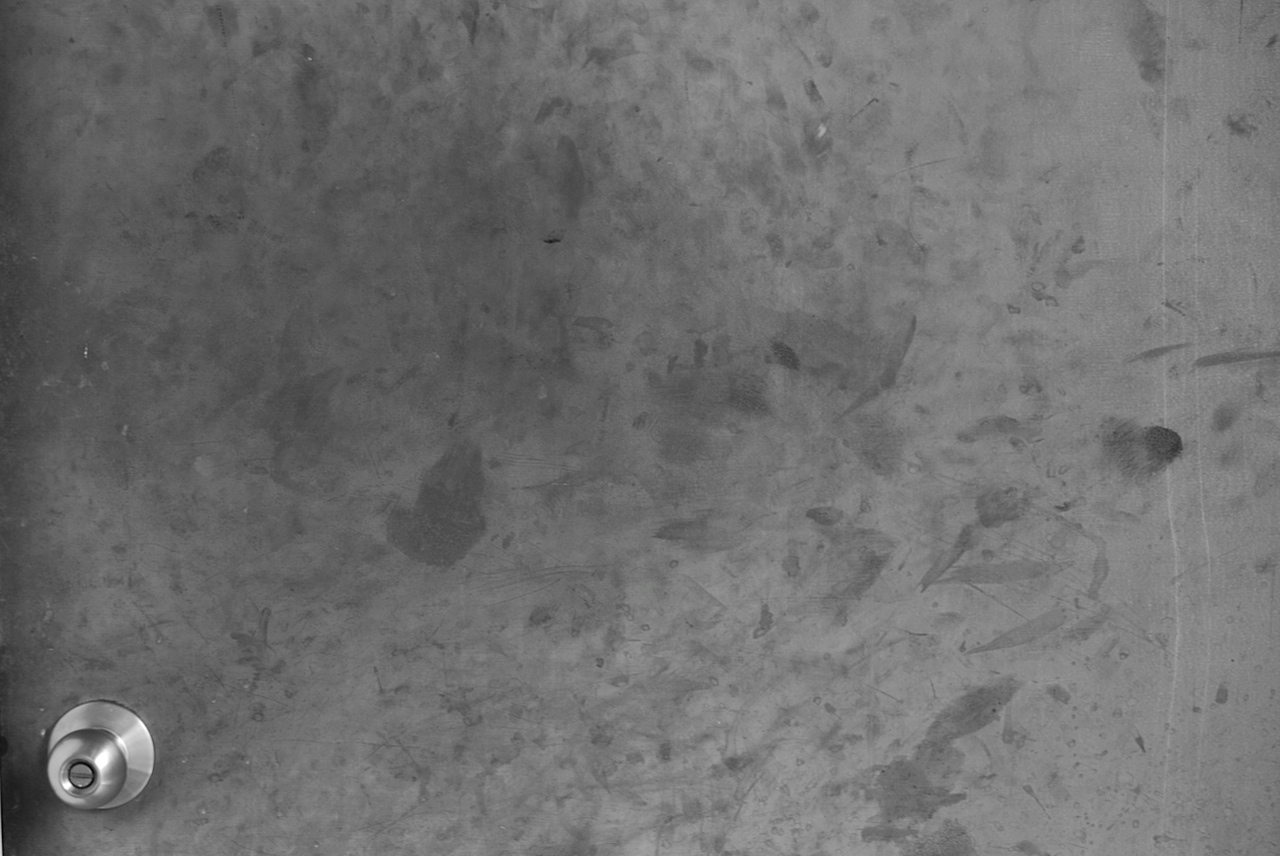 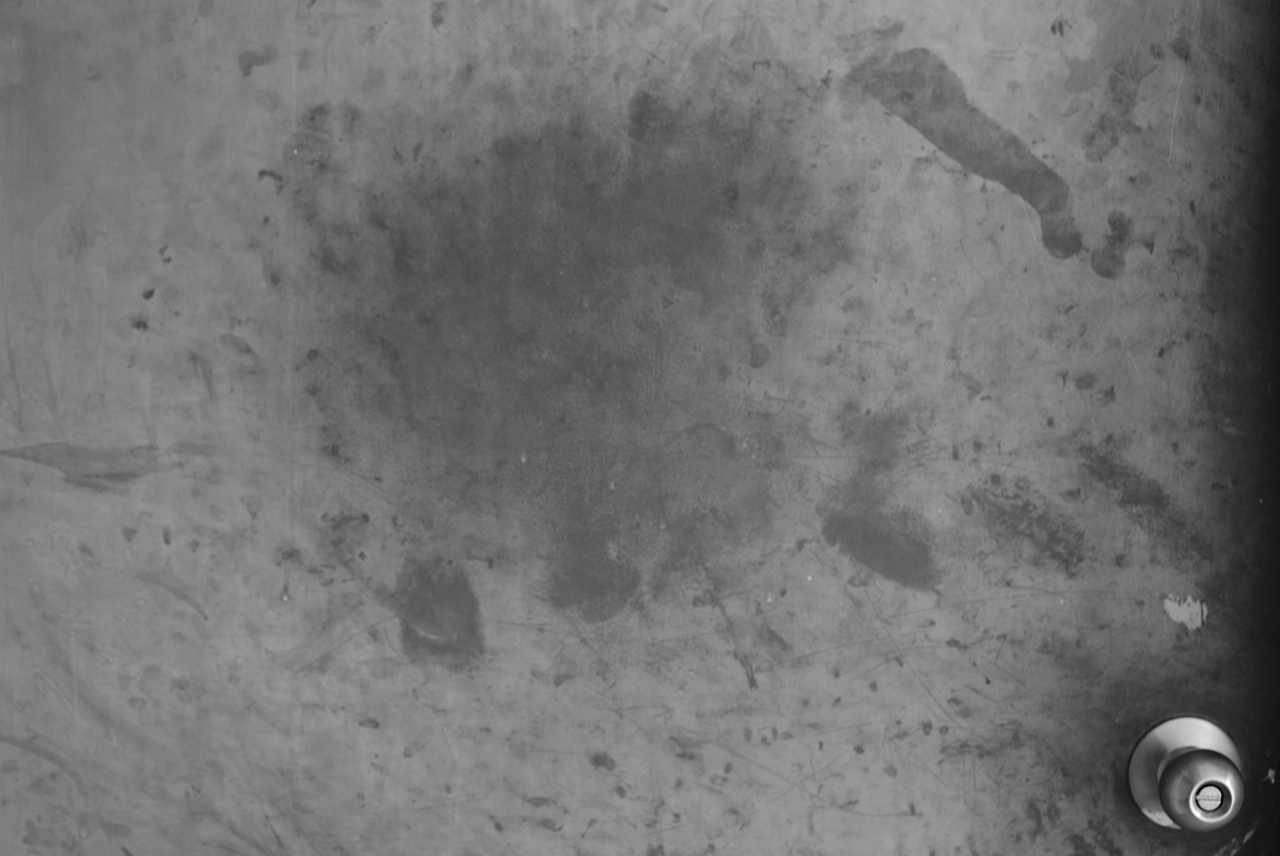 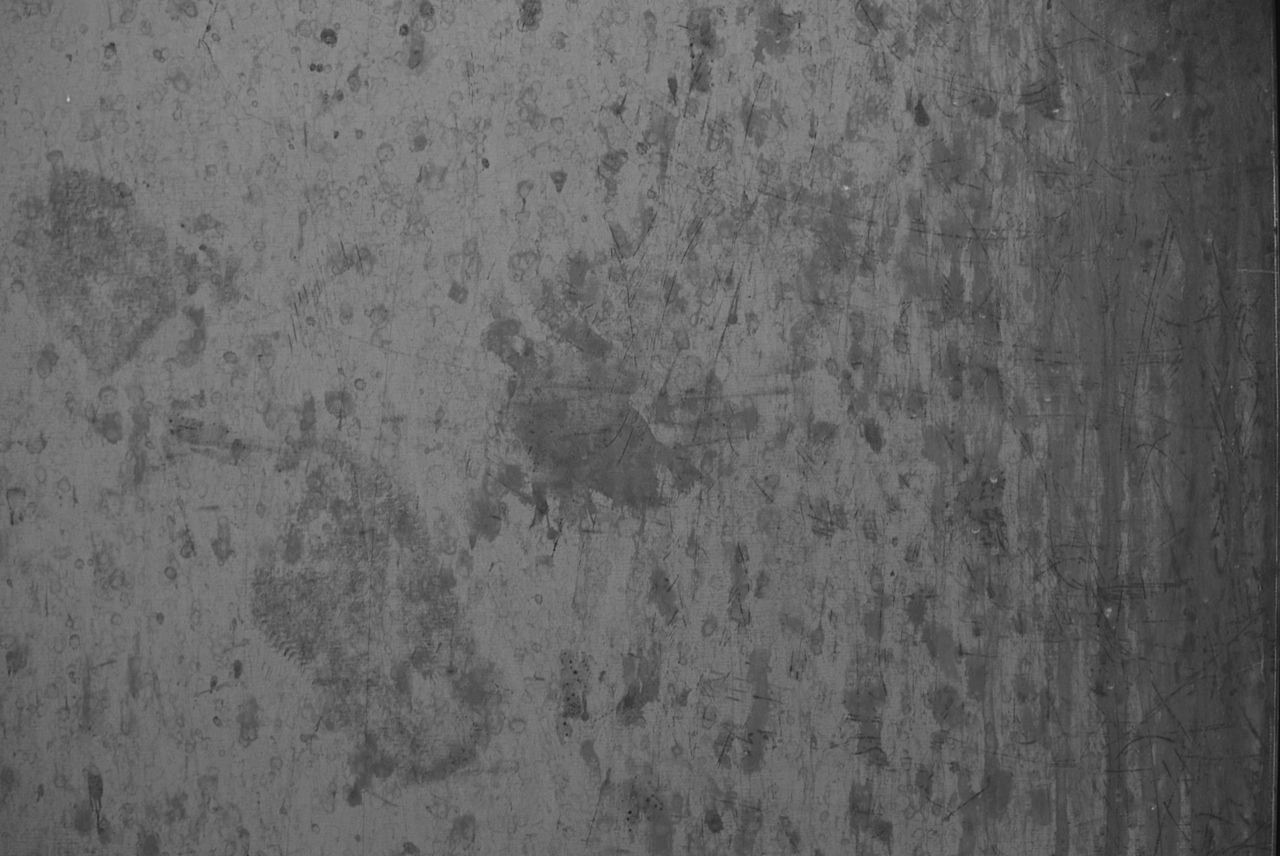 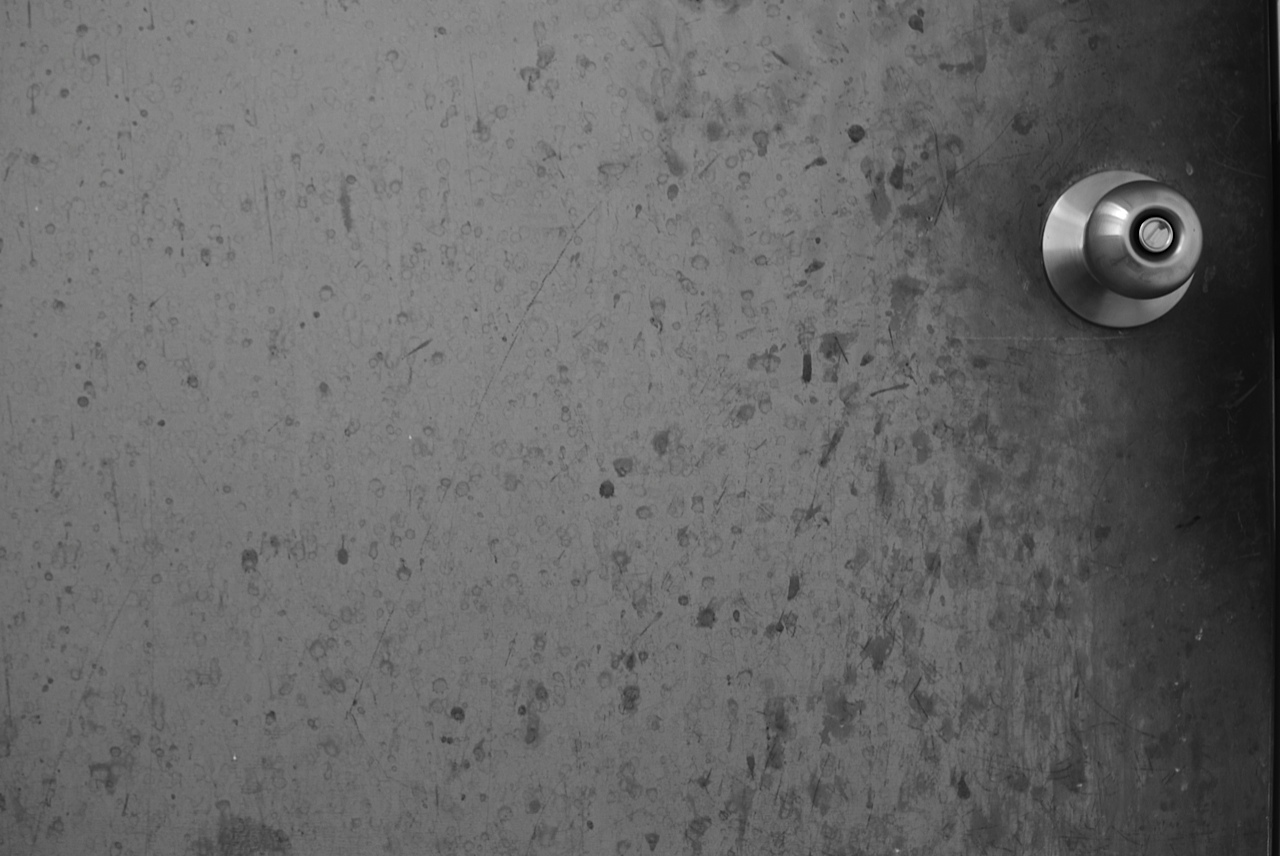 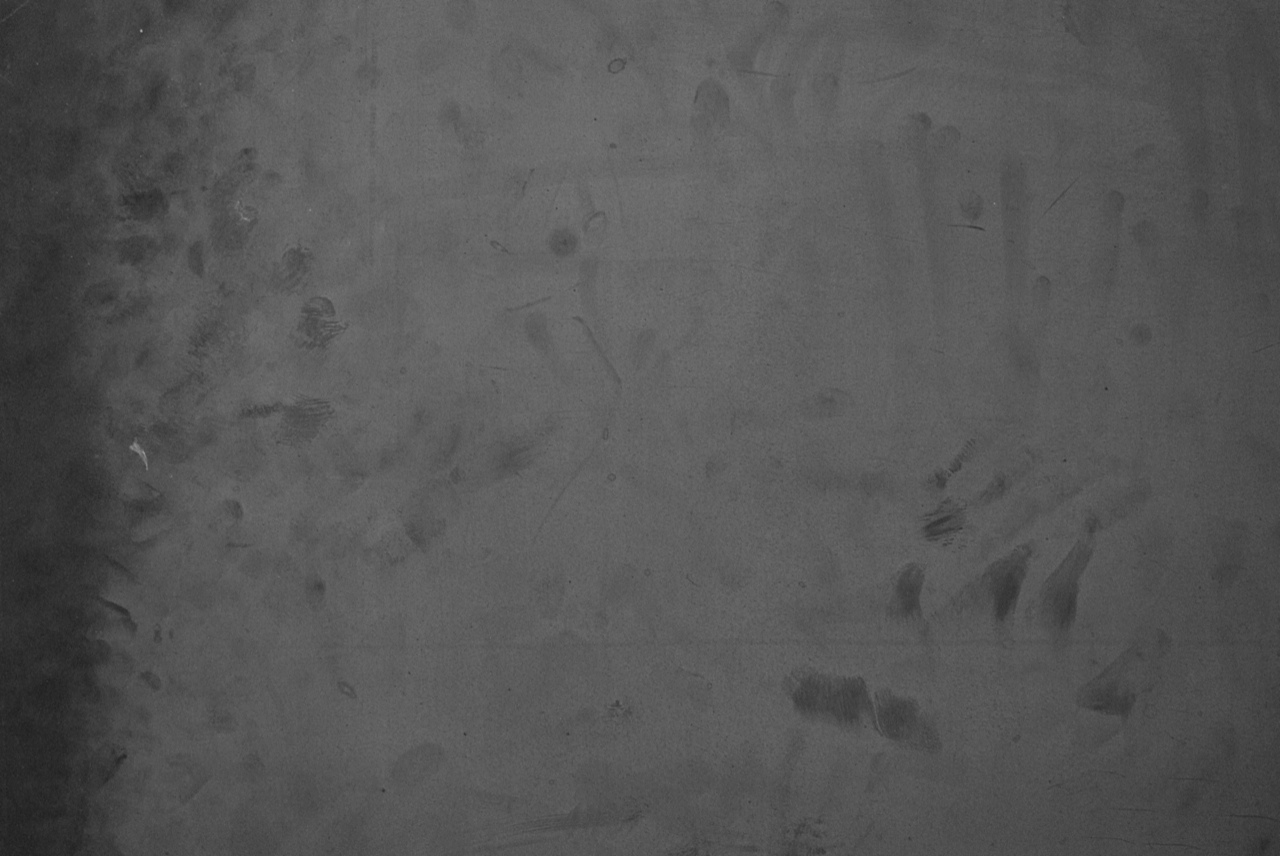 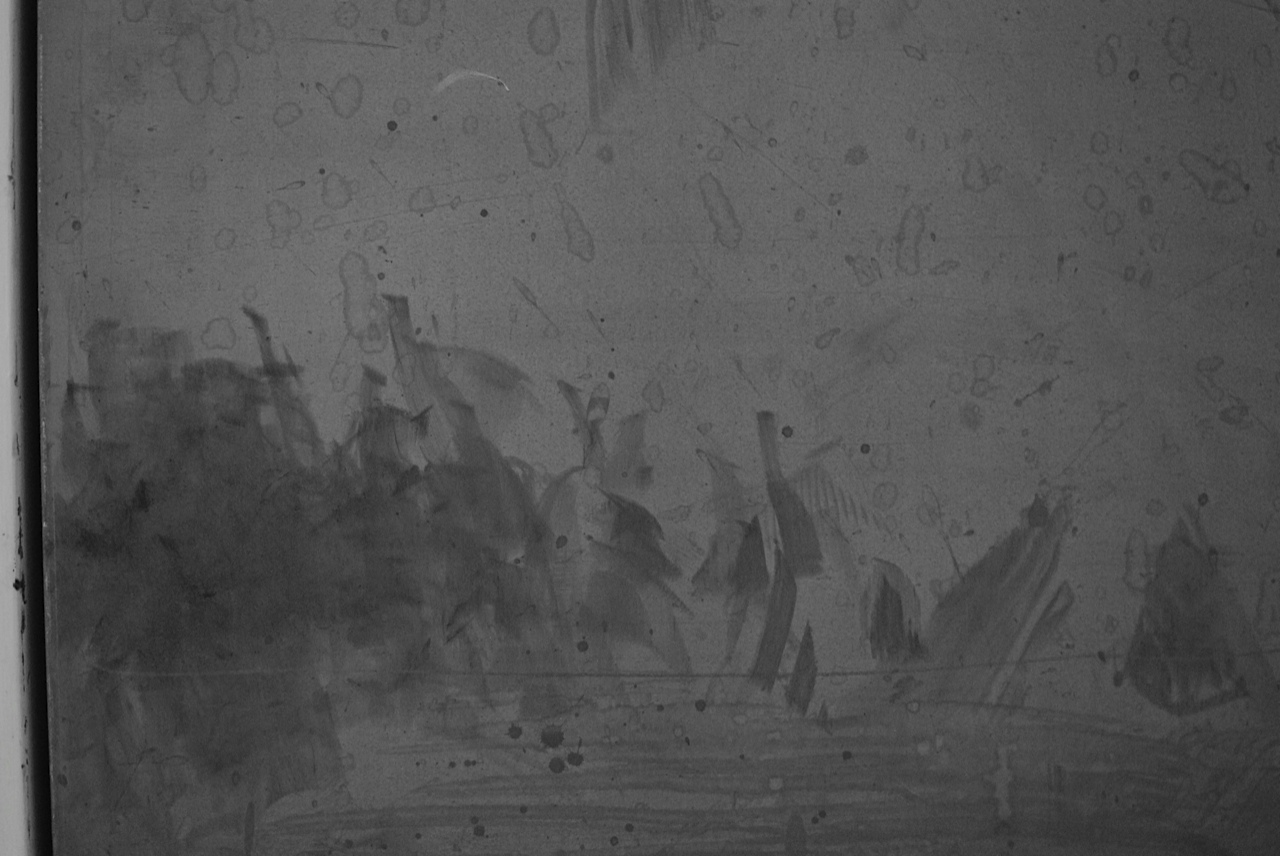 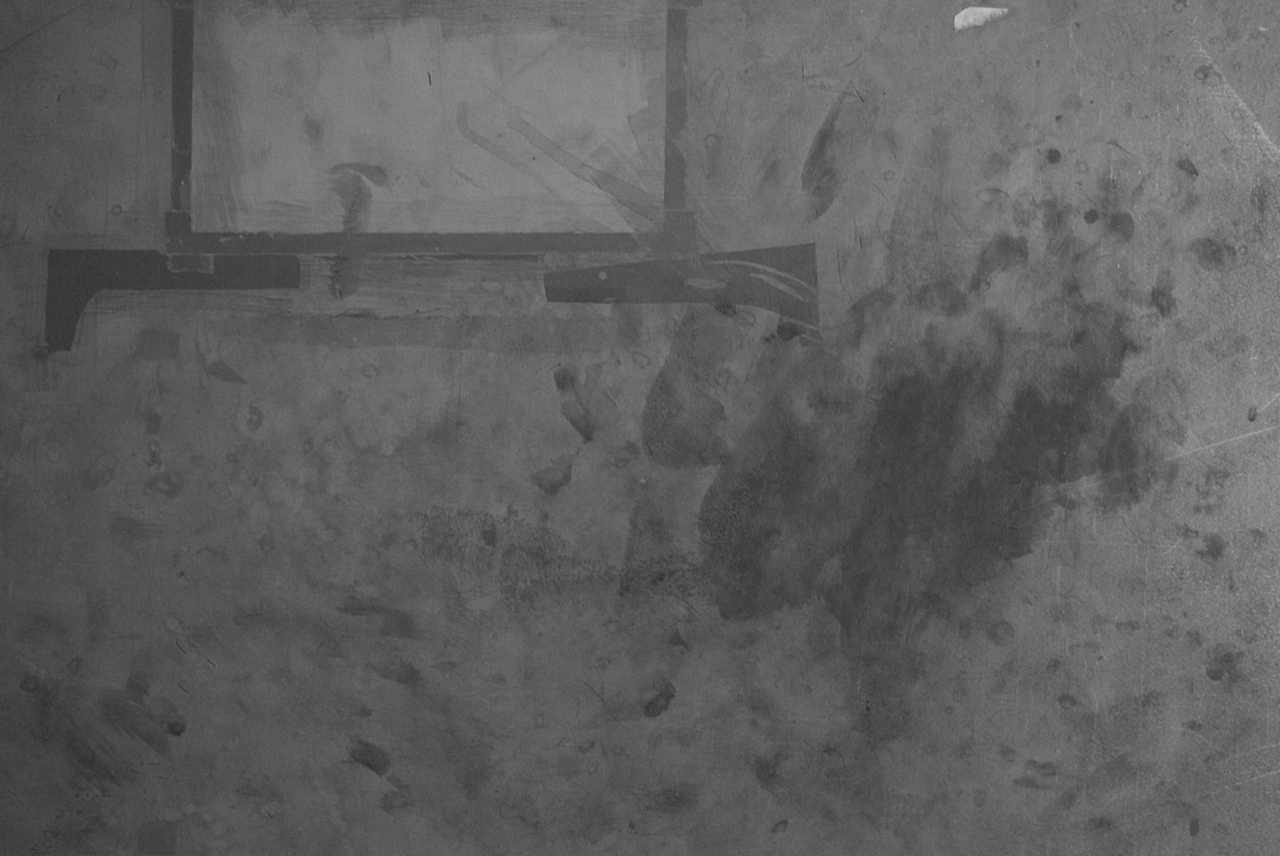 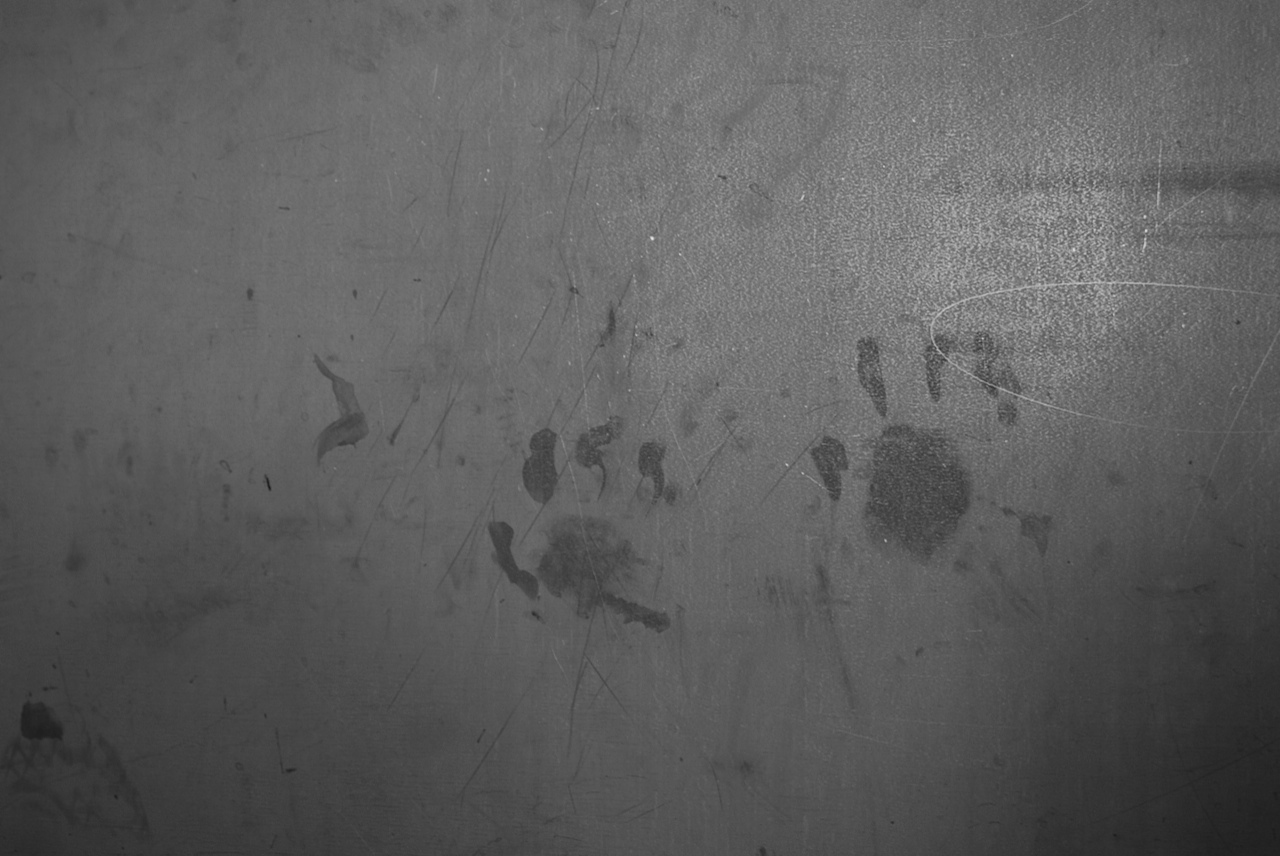 We knew when we saw this package from SO–AND–SO in the mail that this was gonna be good.

Nello Russo and Anna Follo are the masterminds behind  SO–AND–SO magazine. The artistic and editorial duo collaborated with eBoy to create the first issue, which was released in early 2011. We did the letterpress printing here at Swayspace while Nello hand bound, trimmed, cut, signed and stickered the edition in 2010 and early 2011. The result made our robot hearts skip a beat. 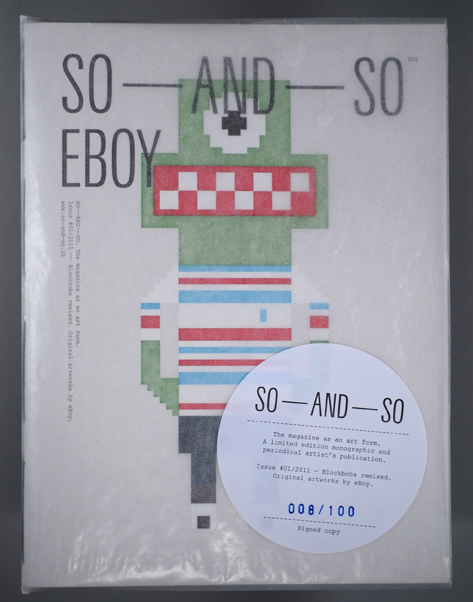 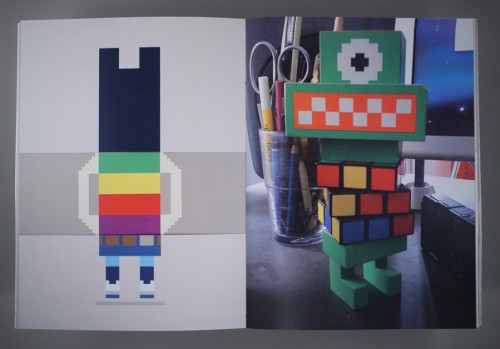 An eBoy spread digitally printed by our friends at Rolling Press

So when he asked us earlier this year to print the slipcover for the next SO–AND–SO issue– a flip book in 3-D– we hopped to it. The printing went smoothly, and although we couldn't really "see" what we had printed (we left our 3-D glasses in the Lincoln Center I-Max recycle box back in 2009), we shipped it across the sea in May and hoped for the best.

And 4 months later, look what happened!

And look what happened then!

3-color 3-D slipcover printed at Swayspace. And 3-D glasses so we could finally see it!

Removing the slip cover reveals the flip book. We can't wait to look at it!

Pat, making it work and Hoogerbrugge, workin the dimples

Time to put your 3-D glasses on

This guy is dancing and running, believe us

Are you jealous? Do you wish you could see all we can see?  Let SO–AND–SO know!

You Think You Know, But You Have No Idea

This is the story of our printing process. In our quick video,  you'll see a bit of everything, from ink mixing to the roundtable discussions to trimming and of course, the printing. LOTS of printing.

With technology as instantaneous as it has become, it's easy to get into a mindset where everything pretty much happens by force of... magic, really. Most people don't think twice about clicking the 'print' button on their computers, expecting what was on screen to pop out on paper immediately (unless you have a color printer like ours that is notoriously difficult to work with, in which case you might never get anything to print). At Swayspace, we work in the digital and 'instant' world quite often, but there's nothing like a four color letterpress job to bring us back to earth and some cold hard realities, i.e. physical labor.

We printed a four color piece for the first time in 2009, and it was definitely an exciting and experimental project. It was something new that really pushed us, and we used some new techniques digitally to get a great final result. Since then, we've done a number of jobs that were four colors and all have been experimental, exciting, and definitely all learning experiences in their own way. We decided to use the latest project, a map for Jason Kottke's Quarterly Co. subscription, to give everyone a glimpse at different elements of the process that our printed letterpress pieces go through.

Most of the labor in letterpress goes into a period of time called the 'make ready' process. This is where we're setting up the plate, registering it, adjusting the ink coverage, adjusting rollers, adding or reducing pressure, and fine tuning color. With four color jobs, overprinting is hard to accurately predict, so we have to rely on approximate color print outs as guidelines and our troubleshooting wits when on press. Sometimes the colors, pressure, and registration all work out right away, and sometimes we have to rework things a few times before we get the right results.

So, how long did it take us to get the right results? From separating the original artwork into distinct color plates through printing and down to shipping the final took nearly seven solid days of work. The two minutes of video probably doesn't do it justice, but we thought it'd tide you over while you're waiting for that printout.

From Brush to Pixel to Press

The folks at stamen.com figured out how to incorporate hand-painted textures and algorithmic rule sets to create a series of gorgeous digital watercolor maps. We were asked by Jason Kottke to translate one of these maps into a letterpress printed piece, to be sent out to Kottke's Quarterly Co. subscribers. 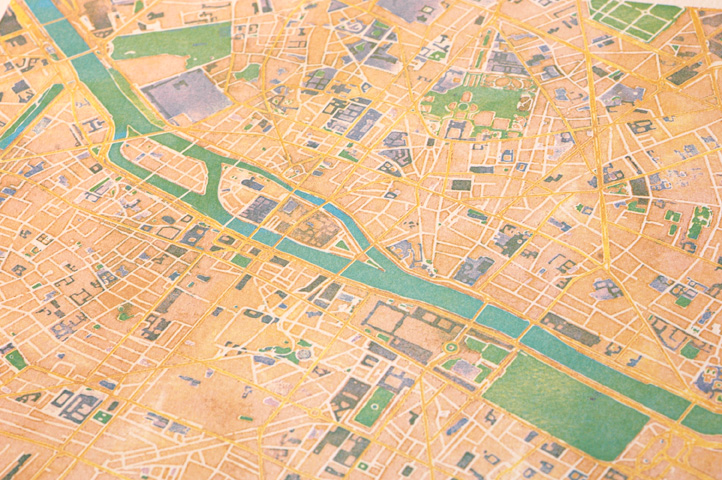 Our letterpress printed translation of a Stamen map of central Paris

The process required some digital manipulations of our own; we broke the map down into 4 color separations and created screens in order to replicate the color variations naturally produced by the watercolorist. Our four colors– brown, yellow, blue and purple– were printed out on our digital printer and matched with custom Pantone mixes.

Brown letterpress print, along with the suite of digital images to match

Inking up for the yellow run

Yellow (printed on top of brown)

Emma confers with Pat about the blue run 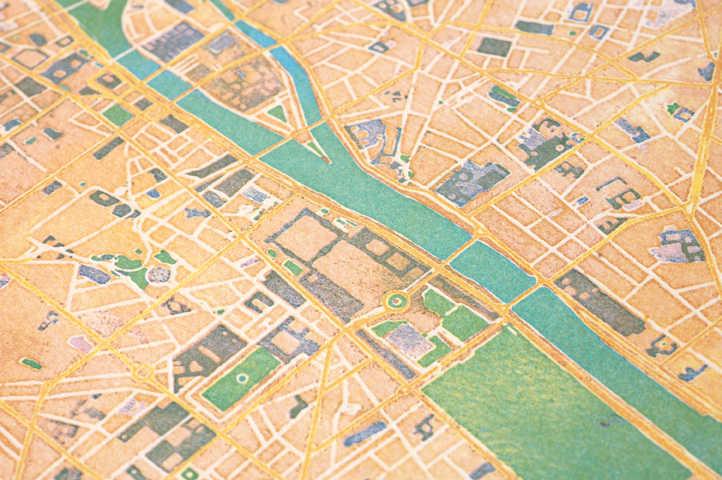 Detail of the final print

Shout It From the Rooftop!

For the past six years, we have had the honor of designing the Summer Program Guide for Rooftop Films. Each year, we've kept the grid, layout and styles consistent. But this year we changed it up by making the guide much smaller. We had to translate the same fonts and blocky, flexible grid system to a much smaller template. To allow more breathing room on our smaller pages, we cut the content on each program page down as much as possible. Keeping only the most necessary bits of information, meant giving more weight to what is most important and removing content clutter. And in order to give our smaller newsletter size pages as much visual punch as the big newspaper size we added color. 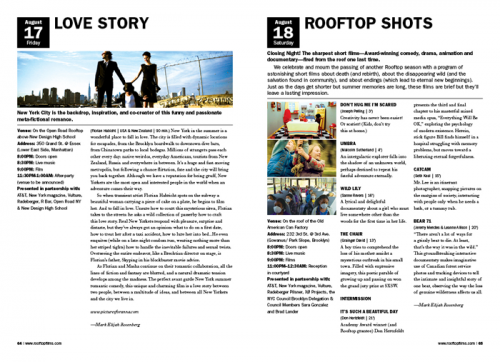 See you on the rooftop!